Review 1: Disney's third platform game continues its predecessor's excellence in fluid animations and addictive gameplay. As in the movie, follow Simba's journey from a clueless cub to a graceful King of the jungle. The levels are even more diverse than the previous games; roaring at other animals and avoiding the stampede are but two possibilities in this outstanding game.

Review 2: The Lion King: Man I love this movie, and the game is pretty cool too. Well anyone who has seen the movie will know what the lion king is all about, you play as simba the lovable lion cub who happens to be heir to the throne (lion, king of the jungle, all that ;)).This game is a simple plat-former game; you jump from place to place and jump on anything that moves but an added factor to this game is your roar, you have a roar meter that drains when you roar, your roar can be used for scaring other animals (for example scaring a hedgehog type thing so that it turns upside down and you can jump on it :))This game is very colourful and defiantly one that will remind you of younger days :). The monkey-puzzles will also make you think ;) the monkeys must be turned around to face the right direction so that when they throw you about, you will land in the right place.This game also features many action sequences, such as riding an ostrich type thing to timone and pumba bug catching mini-games to a half 3d type chase scene and when you are an adult lion you get to fight other animals (such as hyena's)..The lion king is very true to the movie and any fans of the game will enjoy it at lot. 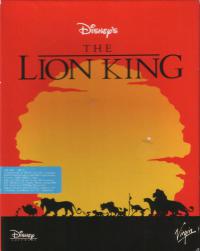 No comments have been posted about Lion King.