One of Topologika's earliest games is Acheton, a huge IF adventure in the Colossal Cave style. Similar to Zork (which was released on the VAX mainframe not long before that), Acheton is a fantasy treasure hunt set in a claustrophobic dungeon. It boasts over 400 rooms and 200 objects, thereby making it much bigger than Zork. 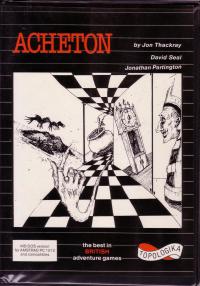 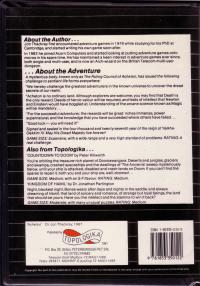 No comments have been posted about Acheton.