Review 1: Konami is well-known for creating strong console games, but with Batman Returns they neglected to realise that PC gamers often have different tastes to console kids. The game combines elements of adventure and action. Many gamers will probably identify the graphical style of the locations in the film with adventure games by companies such as Lucas Arts, who quite simply had a lot more experience with creating adventures at the time (1992) than just about any other developer out there. You control Batman as he wanders Gotham City, solving traditional but simple adventure puzzles and beating the stuffing out of anyone you come across, but the game only ever feels like it's something you're doing to fill in your time. Batman Returns does have similarities with Indiana Jones and the Fate of Atlantis, but that game used its licence to good effect - and created an original storyline. Graphically, the game is nothing special for the time. In-game music, however, quickly becomes repetitive and, in a word, annoying. Batman has always been one of the more impressive superheroes - a lonely and reclusive millionaire rescuing Gotham from all manner of nasty villains - but he must have been having a quick smoke out the back when Konami made this game about him. Best advice: play the game only if you're a die hard Batman fan. If you're not, try to find a game based on Batman Forever. At least it had a good soundtrack.

Review 2: A very disappointing adaptation of the blockbuster movie license, Batman Returns is a hodge-podge of elements from adventure, action, and role-playing genres, the whole of which is much less than sum of its parts. The plot loosely (make that very loosely) follows that of the 1992 movie Batman Returns starring Michael Keaton. If you want to understand the plot, seeing the film is a prerequisite to playing, since the game has plot holes large enough to drive the Batmobile through, and never explains why you, as Batman, are doing what you are doing. Although you can control Batman as he battles his foes, that control is limited to selecting weapons, and setting the 'ferocity' of Batman's attack. The battles are not very interactive, since batman seems to win easily no matter which weapon he chooses, although they are fun to watch. To add insult to injury, certain objects and people will appear in certain locations only during particular times of the virtual "day." Often the time of their appearance is a mystery without any clues, meaning that you will need to retrace your steps to various locations over and over again until someone or something shows up. This adds a level of complexity, but in a way that is unfair to the player. Puzzle are limited to scanning the various objects into the evidence monitor to further the plot, given of course that you are there at the right time when they show up. In the final analysis, Batman Returns is only an average adventure that could have been so much more, given the powerful license. Is it worth it? Only for dedicated bat-fans, and perhaps those who are new to the adventure genre. The game basically ignores the movie's plot, sends you on ludicrous object hunts, and lacks all the atmosphere that makes the movie a cult classic. Be warned: once you have the walkthru, the game takes less than an hour to complete. Without a walkthrough, it takes only a little longer. 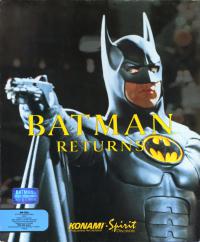 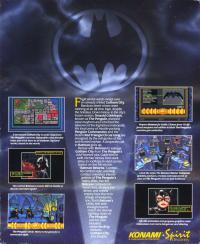 No comments have been posted about Batman Returns.