About Buck Rogers Countdown To Doomsday

Buck Rogers: Countdown to Doomsday Although SSI's Advanced Dungeons and Dragons games are critically acclaimed best-sellers, the fantasy context of the AD&D world tends to exclude many gamers. While we might enjoy the role-playing aspect, the idea of roaming a medieval world of orcs, elves, dragons, and wizards just doesn't interest some gamers. But what if the role playing mechanics of the series are left unchanged, and a new world is substituted for the usual AD&D settings? That's exactly what SSI did with Buck Rogers: Countdown to Doomsday, and that simple change of venue is enough to give even the most avowed dragon-hater a chance to enjoy SSI's intricate role-playing system. The plot may not be Star Wars material, but it is fascinating in attention to detail, basing as it were on the well-known universe of Buck Rogers the comic book series. The year is 2456. The Earth is a polluted ruin, having been abused through centuries of heavy industry and warfare. The interplanetary megacorporation RAM (Russo-American Mercantile) has risen to become one of the greatest powers in the solar system in the 3rd Millennium. Only a few relatively small resistance groups try to oppose RAM's rape of the Earth, but they are hopelessly outclassed in nearly everything. The game begins as your party join one of those resistance groups - NEO (New Earth Organization) to fight for Earth and restore it to its former green glory. Countdown to Doomsday plays like the other Gold Box games in many respects, but is definitely more thought-out than the other fantasy-RPGs from SSI. For one thing, the plot thickens much faster than its fantasy counterparts, and whereas the fantasy-games have fixed classes, CtD offers you a skill-based system where you can invest skill points on your own, thereby giving you a far greater flexibility. Rather than travelling by foot or horse from game location to game location, you will travel via a medium cruiser among the various stellar objects. Random encounters while travelling from location to location in space means that you encounter hostile ships and these fights can be very tricky-- only go up against a RAM Heavy Cruiser if you know exactly what you are doing, or if you're feeling especially suicidal. Even encounters of ships equal to your own can be devastating if you haven't got characters that have advanced to the maximum level the game allows. You will meet several of the famous characters from the Buck Rogers universe, like Wilma Deering, Turabian and even Buck Rogers himself. There is a lot of combat, but not as much as other games in the genre. Still, because the combat system is well-programmed, the number of combat scenes is more bearable. This is definitely a game that will leave you with a feeling of accomplishment. Even playing on the easiest level offers seriously difficult encounters at times, such as when you go up against RAM Combat Robots, and (surprise!) ship-to-ship encounters aren't affected by adjusting the difficulty levels. Compared to other in the genre during the early 90s, CtD looks somewhat drab. But what it lacks in glitz it more than makes up for in substance. The story is the real star here, as is the excellent application of the tried-and-true Gold Box engine. If you like games of the Gold Box vein, this is the king of them all and is a fantastic addition to any RPG collection. 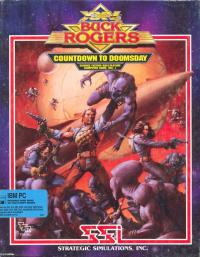 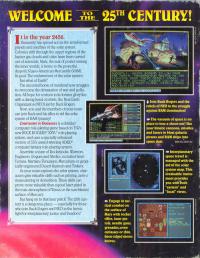 Enter the code to download Buck Rogers Countdown To Doomsday.

No comments have been posted about Buck Rogers Countdown To Doomsday.