Gear Works is a decent puzzle game that may appeal to fans of Incredible Machine series. The objective is to place given different-sized gears on pegs to construct a gear train that continue from the left side of the screen to the right. Since you are given gears at random, often the current gear you have cannot fit into the chain you are building (e.g. it might be either too large or too small). You are therefore forced to place it on some other far away peg. This means that the game becomes difficult quite quickly as the screen becomes filled with unused gears that aren't connected to anything. Fortunately, you have several tools to help solve the problem, such as bombs to blow up unneeded gears. These tools are limited to only a few per level, though. Overall, Gear Works is a rather neat game, although not very intuitive. The lack of variety also hurts long-term play value, as there are few new pieces and gameplay elements to add variety. It's just gears, gears, and gears all the way. Worth a look for puzzle lovers or anyone interested in invention-building games, although it's nothing special. 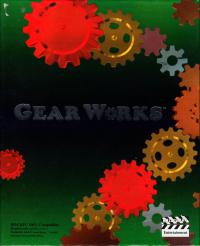 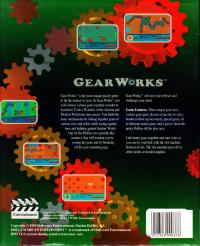 No comments have been posted about Gear Works.