About Hunt For Red October

Hunt for The Red October Not to be confused with action-oriented game of the same name by Grandslam, Mindscape's Hunt for The Red October is a submarine simulation set in the same period, also based on Tom Clancy's classic political intrigue novel. Despite a poweful license, Hunt for The Red October is not a very good sub sim. The game basically follows the outline of the book, which means that your first mission, as captain of a Russian submarine, is to head west to escape all the ships of the USSR in order to defect to the United States. The graphics are very poor even compared to Epyx' earlier Sub Battle Simulator, and the controls are very confusing. Screen layouts are unintuitive, and there are numerous unrealistic and anachronistic features in the game that submarine fans will fret over. Overall, an average submarine sim -- if even that -- that armchair commanders would do well to avoid. A definite thumbs down for this one, although it's not horrendous enough for a Real Dog tag. 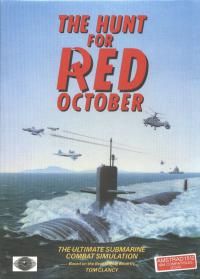 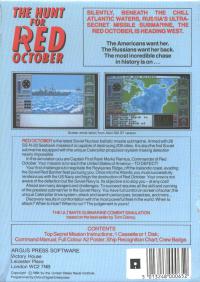 Enter the code to download Hunt For Red October.

No comments have been posted about Hunt For Red October.