Moonwalker is a typical movie-licensed title with various different action levels, although it's quite unique in a sense that it's based on a musical movie-- starring Michael Jackson, no less. The game has 4 levels, each with different style of play and follows the movie's plot quite closely (i.e. defeat Mr. Big to save the children). The first level has you walking around, trying to find parts of a rabbit costume needed to disguise yourself from your fans. You then need to find a motorbike to escape to level 2 - Michaelsville. Here, you need to find orbs which transform your bike into the glittering Stratus car that can leap over barriers. Level 3 has you defending yourself in Club 30 against Mr Big's task force. And the final level has you in an arena fighting Mr Big's Storm Troopers and plasma cannon as Moonwalker himself. Moonwalker features cool animated intros at the beginning of each level, all recognizable from the movie. Level 3 and 4 are undoubtedly the best part of the game, although you'll have to suffer through very boring and frustrating levels 1 and 2 to get there. The first two levels are frustrating because you aren't given any weapons-- all you can do is avoid fans and obstacles. Although you start out with 20 lives, you'll find that they'll dwindle down very quickly. Two of Michael Jackson?s songs have been included in the game, and they are recognizable even on PC speaker and aren't very irritating (although you can turn them off). Overall, this is a decent movie translation, although most people will likely get fed up with Levels 1 and 2 and give up trying to get to the (much better) second half. 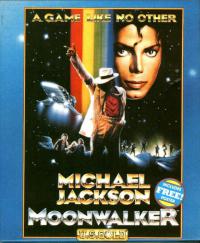 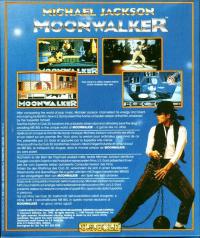 No comments have been posted about Moonwalker.