Wrath Of The Demon

About Wrath Of The Demon

Wrath of The Demon In early 1990s, Readysoft released a number of animated action games that became instant hits on the Laserdisc platform, although their PC counterparts suffered poor sales in comparison. This is by no means surprising: although these games boast very high production values and excellent animations which are created by Don Bluth Studios, their value as a game is sorely lacking. These game are little more than PC version of "choose-your-own-adventure" books, in which gameplay is boiled down to choosing an action from multiple choices. PC versions are, naturally, cut-down versions from Laserdisc originals, with many sequences missing altogether. It wasn't until the advent of CD-ROM that Readysoft (now sold to Digital Leisure) started making "deluxe" version of these games and put them on CD-ROM and later DVD. Treat the games as fun and humorous computer cartoons, but don't expect them to be involving games. If you like any of these disk-based versions, check out the deluxe DVD/CD-ROM versions at Digital Leisure's products page. "A nice side-scrolling action game converted from the Amiga. Similar to the popular Shadow of the Beast by Psygnosis but still a unique game." Wrath of the Demon is one of the rare titles from Readysoft that wasn't based on Laserdisc arcade game. Well worth a look, especially since it's much more interactive than later bloated "animation extravaganza" that are masqueraded as games.

Wrath Of The Demon Image Gallery 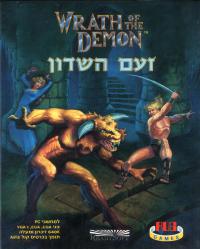 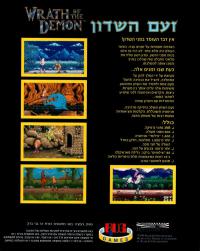 Wrath Of The Demon HTML Art

Enter the code to download Wrath Of The Demon.

Wrath Of The Demon Comments

No comments have been posted about Wrath Of The Demon.