Review 1: An early game using 3D - something like the grandfather of Tomb Raider. Your little sister has been kidnapped by an evil magician and now you set out to rescue her from the deepest dungeon of his castle. To get in there you need 10 magical pentagrams and various keys. As if that wouldn't be enough you have to fight your way through many monsters - ghosts summoned to prevent your rescue-attempt from success. The graphic of the Amiga-version was good standard of the time this game was made, unfortunately I could only get the game to run in CGA-mode on my PC so I cannot compare the EGA-graphics with the Amiga-graphics. You might also want to use a slowdown app (well, you have to...). The one working best for me was Turbo at a setting of 20%. This value might vary on your system, but the app itself might work well on all Windows-machines. Moslo however does not seem to work at all.

Review 2: Incentive's early action/adventure already showcases the robust 3D engine (named Freescape)that is revolutionary for its time (and pushed the capabilities of any machine it was released on to the limit). As either the prince or princess, your job is to explore a mysterious castle in search of your kidnapped twin, who is trapped in the tower by the Castle Master and guarded by the Guardian Spirits. The adventuring portion is a marked improvement over Total Eclipse in that the rooms are now recognizably different from one another, and puzzles more diverse and precise (finding keys to doors and secret tunnels are still the mainstay, however). Overall, a solid action/adventure that offers many hours of fun, although the control scheme is awkward and graphics still difficult to make out. 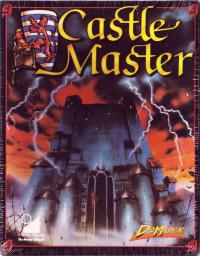 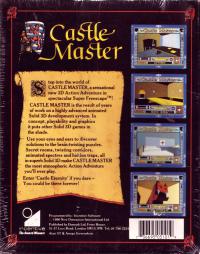 No comments have been posted about Castle Master.