Sequel to Accolade's breakthrough Hardball baseball game, and first PC version in the long-running series that ended with Hardball VI. Unlike the later games which were designed by MindSpan, this one was developed by Distinctive Software. In terms of gameplay, it's very similar to the better-known sequel HardBall III - but, of course, worse in terms of graphics and sounds. The game sports many new features over Hardball, including better graphics and animation and authentic major league ballparks. Overall, one of the best arcade-oriented baseball games at the time. Not as realistic as EA's acclaimed Earl Weaver Baseball, but casual fans who prefer fluid animation and action over statistics will have a lot of fun with Hardball II. Note: only the EGA version is included in the archive, since my CGA disk is missing. This game does not work on my Pentium II and even crashes at times on my old IBM PS/2, so be wary if you want to try this oldie out :) 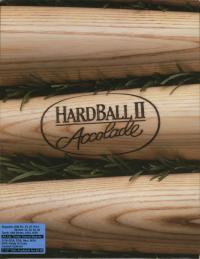 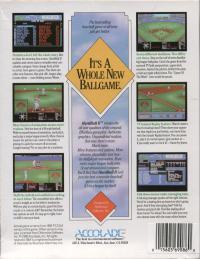 No comments have been posted about HardBall II.